The University of Arizona

A Short History of Graduate Education at The University of Arizona

In 1885, nearly three decades before Arizona became a state, the territorial legislature approved $25,000 for building The University of Arizona in Tucson. The residents of Tucson were hoping to be the site of the state capitol or the state insane asylum instead!

The first classes convened in 1891, when thirty-two students and six teachers met in the original building now known as Old Main, pictured here. The University developed in accordance with the Act of Congress of July 2, 1862, known as the Morrill Act, creating land-grant colleges and enabling the institution to obtain federal funds for its original schools of agriculture and mines. In the early days, there were more students in the preparatory department than in the University proper, and the number of University graduates was never more than ten a year. Then came a decade of rapid expansion. The territory became a state, high schools multiplied, and the preparatory department was closed.

The University of Arizona awarded its first two masters' degrees in 1903. Records from that period are spotty, but we know that they were awarded to two men. We granted our first masters' degree to a woman in 1912. 1912 was the year that Arizona became a state, but that female graduate still wouldn't have the right to vote in America for eight more years.

The University of Arizona has many notable graduates, but one particularly colorful woman from those early days was Nellie T. Bush whose career shows the Arizona spirit. She grew up in Mesa, worked as a schoolteacher, then got married, became a ferryboat pilot on the Colorado River for seventeen years, then became a local justice of the peace, then was elected to the state legislature. When a banker wronged her and she felt that she had very little recourse, she decided to become a lawyer, first through a correspondence course, then at the University of Arizona from 1921-1924.

The University of Arizona awarded its first PhD in 1922. Now we award about 400 PhDs every year. The first woman to receive a PhD was in 1935 - 34 years before Yale or Princeton admitted female undergraduates.

Although graduate degrees were available a few years before, the Graduate College wasn't established until 1934. Tuition was then $2 per credit hour. If that sounds cheap, consider that PhD students had to pay $75 to have their dissertations printed - the equivalent of about $965 now. Today's students are no longer required to pay a fee to have their dissertation archived digitally.

UA now has over 8500 graduate and professional students and offers Master's degrees in over 170 fields and PhDs in 85. The 40-acre campus of the 1890s has grown to 356 acres. The university now brings in over $500 million dollars a year in grants which result in new technology, new businesses, and results in our being a top-ranked research university. 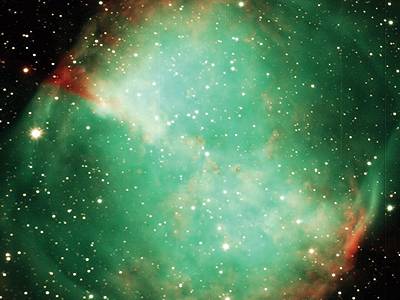 While UA's research has local benefits, we've contributed to fields that literally transcend our immediate surroundings. We've received more NASA grants for space exploration than any other American university and have now landed on Mars! We support projects like the development of satellites and other technologies that will improve the observation of space, the development of self-operating robots that can deal with space debris, the continuing study of Venus, the growth of semiconductor crystallites in a glass matrix, the development of models to study the high-energy emissions from black holes, and more projects.